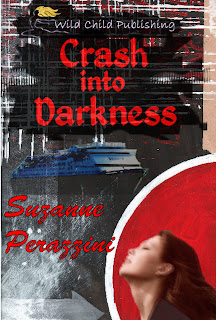 Yes, I'm tooting my own horn. This book has been e-published for quite a while now and a website recently reviewed it without my knowing. My publisher sent me the link.

Miranda from Joyfully Reviewed had this to say:

"Suzanne Perazzini created a unique world in Crash into Darkness. Amber and Jaden have an immediate connection that neither is sure what to do about. It was almost like going to see an action movie. I felt as if I was right in the middle of the action. Just when you think you have it all figured out boom another surprise. The great thing about it to me was it didn’t feel like too much. I wasn’t sitting here thinking ‘yeah right, that’s not plausible’. Crash into Darkness has an amazing ending that I was not expecting, I so love when that happens. Crash into Darkness was an action-packed thrill ride that I found thoroughly enjoyable."

I can't write today, something has crashed on my computer 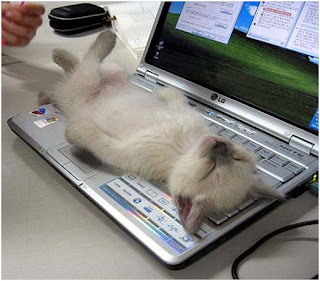 Labels: Excuses not to write 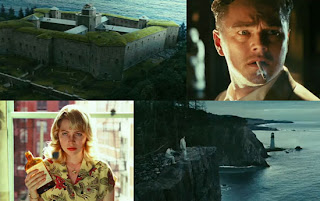 Shutter Island
I saw this a few weeks ago and it still sticks with me but mainly because I was annoyed at the ending. I know others loved the ending and it certainly was a nuanced ending and you had to listen to every word to understand exactly what happened, but I didn't want that ending and that's that.
Leonardo di Caprio was amazing as always in this dark and compelling story. It was definitely worth watching but pay attention to get the most out of the story. 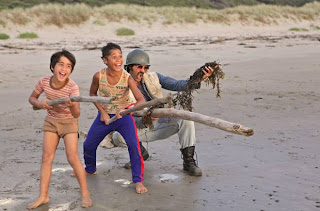 Boy
This is a New Zealand film written, directed and acted in by Taika Cohen, one of New Zealand's great talents. If you get a chance to see this, do so. It is funny, hilarious at times, and very poignant. It has wonderful acting and tells a simple story in a great setting. This is the story of a New Zealand Maori family but it could be a story happening in any part of the world. 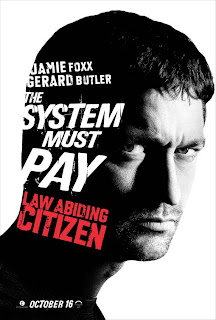 Law Abiding Citizen
This is brutal so if you don't like too much blood and gore, then stay away. It's well acted and pulls you through at a fast enough pace but I was worried about how to reconcile the man the main character was to who he became. They throw in a kind of an explanation but it seemed a little gratuitous. Not a must see. 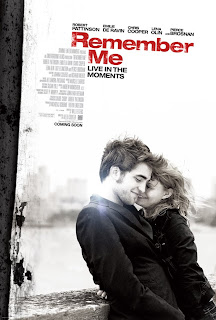 Remember Me
If you want to see this movie, don't, I repeat DON'T go on the internet to see any reviews until afterwards. Just take my word for that or it will be spoilt. I get what the writer was trying to say but many haven't. They thought it was just a love story and it's not. It has a much wider message. The young actors did a good job with a sometimes cliched script. Worth seeing. 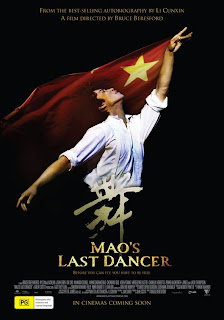 Dancer
I loved this but then I am a dancer from way back. The dance scenes were amazing and the main actor, who is first and foremost a dancer, was superb. This is based on a true story and a real person who is still living, so that made it even more fascinating. If you love dance, true life stories and drama then see this.
Posted by Suzanne at 4:13 PM 6 comments: 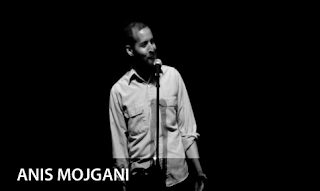 It's well worth listening to this man, Anis Mojgani read a poem called Shake the Dust.
Posted by Suzanne at 10:53 PM 4 comments:

Just for a laugh

I loved these church related bloopers I found here on Kristin Nelson's blog:

The sermon this morning: 'Jesus Walks on the Water.' The sermon tonight: 'Searching for Jesus.'

Ladies, don't forget the rummage sale. It's a chance to get rid of those things not worth keeping around the house. Bring your husbands.

Remember in prayer the many who are sick of our community. Smile at someone who is hard to love. Say 'Hell' to someone who doesn't care much about you.

Don't let worry kill you off - let the Church help.

Miss Charlene Mason sang 'I will not pass this way again,' giving obvious pleasure to the congregation.

For those of you who have children and don't know it, we have a nursery downstairs.

Next Thursday there will be tryouts for the choir. They need all the help they can get.

Irving Benson and Jessie Carter were married on October 24 in the church. So ends a friendship that began in their school days.

A bean supper will be held on Tuesday evening in the church hall. Music will follow.

At the evening service tonight, the sermon topic will be 'What Is Hell?' Come early and listen to our choir practice.

Eight new choir robes are currently needed due to the addition of several new members and to the deterioration of some older ones.

Scouts are saving aluminum cans, bottles and other items to be recycled. Proceeds will be used to cripple children.

Please place your donation in the envelope along with the deceased person you want remembered.

The church will host an evening of fine dining, super entertainment and gracious hostility.

Potluck supper Sunday at 5:00 PM - prayer and medication to follow.

The ladies of the Church have cast off clothing of every kind. They may be seen in the basement on Friday afternoon.

This evening at 7 PM there will be a hymn singing in the park across from the Church. Bring a blanket and come prepared to sin.

Ladies Bible Study will be held Thursday morning at 10 AM. All ladies are invited to lunch in the Fellowship Hall after the B. S. Is done.

The pastor would appreciate it if the ladies of the Congregation would lend him their electric girdles for the pancake breakfast next Sunday.

Low Self Esteem Support Group will meet Thursday at 7 PM. Please use the back door.

The eighth-graders will be presenting Shakespeare's Hamlet in the Church basement Friday at 7 PM. The congregation is invited to attend this tragedy.

Weight Watchers will meet at 7 PM at the First Presbyterian Church. Please use large double door at the side entrance.

The Associate Minister unveiled the church's new campaign slogan last Sunday: 'I Upped My Pledge - Up Yours.
Posted by Suzanne at 1:39 PM 14 comments:

I've just realized that I haven't blogged since November, which is ridiculous so I'm dropping in to wish you all a fulfilling year. We have had a great summer here in New Zealand so far and Christmas day in particular was splendid. The family (17 of us) had Xmas lunch at a long table under the trees in my sister's garden. It was delightful.

I am changing jobs at the end of the month and couldn't be happier about it. Time for a change.

I have watched quite a few movies over the Christmas break and Avatar stands out for being different and for surprising me that I actually like it. It's a classic story with a cliched feel but I didn't care about that because it was a visual feast.

I have started a new Young Adult manuscript and that will keep me out of trouble for a few months.

May this decade bring innovation, excitement, success and peace to all of you.
Posted by Suzanne at 10:14 PM 20 comments: 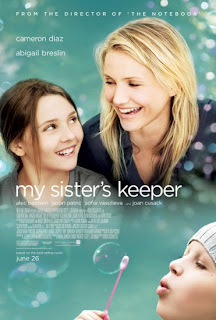 Last Saturday I went to see My Sister's Keeper. I was nervous about it because I had read the book and loved it. It is usually a mistake to read the book first because a movie can seldom do justice to the intricacies and nuances of the written word. However, I was pleasantly surprised this time. Much of the powerful emotion was conveyed by the actors who did an excellent job. I had really only thought of Cameron Diaz as a lightweight comedic actor until now but she proved me wrong in this movie.
There is, however, one major difference between the book and the movie and that is the end. They are not just a little different but completely, radically different. The movie ending is all Hollywood, nice and simple, but Jodi Picoult puts a great, unexpected twist to the book which creates a very poignant circle back to the beginning and gives the whole story a tragic completeness . This point is lost in the movie. I will say no more so as not to spoil the movie for those who haven't seen it and, if you haven't read the book, the ending will be fine. All in all, I'd say a job well done but take your tissues.
Posted by Suzanne at 9:37 PM 15 comments: 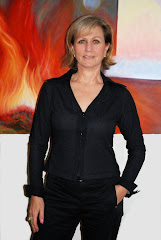 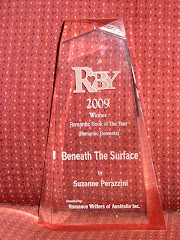 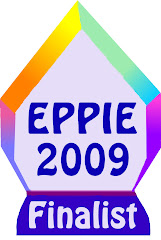 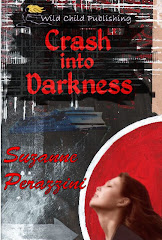 "A darkly compelling story--Suzanne Perazzini takes us on an emotional, action-filled journey into a unique new world."

Review for Crash into Darkness 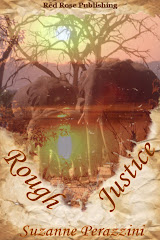 "Ms. Perazzini is an extremely talented writer, giving life to the thrill seeker in all of us. I am so excited to have read this, and eagerly encourage you to purchase this fantastic book. "
-Coffee Time Romance 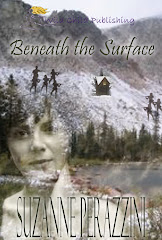 Reviews for Beneath the Surface


"Beneath The Surface has it all. Voice, plots, emotions, imagery, and high-calibre penmanship. I applaud Ms. Perazzini. She is one very talented lady."
- Cocktail Reviews

"Beneath The Surface has great characters and a very good storyline."
- Coffee Time Romance